Cultural Mapping
The Gamburlarna Cultural Map is a digital resource for Yindjibarndi people, and the incorporated interactive map is a platform to develop innovative methods for teaching and research. New technologies are connecting our people with important places that aren’t easily accessed anymore and we hope that this extends across generations, passing on important cultural knowledge to younger people. The Gamburlarna Project (the Project) invites other Aboriginal communities to also share knowledge and stories to help build an invaluable resource for the future.

You are now entering Yindjibarndi country. Please take the time to explore the places documented thus far, listen to elders and appreciate our beautiful land.

Thanks to the following people who have participated in the cultural mapping project: 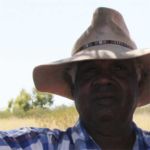 Thanks to the following people who participated in the Cultural Mapping On-Country trips: